[NOTE: If you go down a division after a win in a Ranked match, this is not a bug. The division down is attached to a previous loss that was reported to our database late. You are still receiving appropriate credit for the win.] 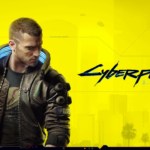